Welcome to week TEN of my dear, dear friend Patty Wysong's From A 2 Z 4 U and me. We're work through the alphabet - one letter each Tuesday. No rules, other than your post has to relate to the letter of the week. Link up at Ordinary Lives and check out everyone else's post. Click on the graphic above for more details, and stop by Patty's blog to link up.

And now we're up to J - the letter that begins my name. If I hadn't introduced myself in my last post, I might have done it today. But I did. So, instead, J at my blog stands for Jewish Joanne finds Jesus.

Now, there are a couple versions of my salvation testimony at FaithWriters (where, by the way, you can find a LOT of my writing). The first was a challenge entry, which gave me a bit of space to tell the "whole story." The second was, well, not as lengthy. In fact, I was challenged to write a complete story in 50 words or less. And I did. Five of them, actually - one of which was my testimony.

So: for your reading enjoyment, may I present BOTH.

Jewish Joanne, unbiased reporter, covers a Christian women's conference. The attendees' peace and joy moves her to read the Bible through - in three weeks. She has many questions, so she gets churched and mentored.

After several months, Joanne rereads "by His wounds we are healed."

In Old Testament Black and White
I didn’t have much experience with Christianity as a kid. I was Jewish, Bat Mitzvahed at 13, born and raised in the San Fernando Valley. Though my high school wasn’t closed for Jewish holidays, a quarter of the students were absent for the High Holy Days.

My father was raised an orthodox Jew; my maternal grandfather was a former cantor; my great aunt still kept kosher. My Jewish roots ran deep, and were important to me. 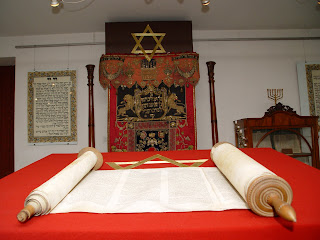 I do remember, however, my first church service. I was eight or so, and we were visiting my aunt and her family. I don’t remember the service, but I recall the pastor saying something disparaging about Jews, causing me to run out, quite upset. I still don’t remember what he said, but I did not enter a church again for 10 years.

The next one was Catholic. I was in college, dating a Catholic who brought me to Mass. I remember looking up at the front of the church, seeing the crucifix, and feeling more uncomfortable than I ever had before. I kept my eyes down for the rest of the service. That cross haunted me for quite a while.

I had other minor "encounters" with Christianity, but it wasn’t until I was married and living in the Midwest twelve years later that that cross grabbed my attention again.

My husband was nominally Jewish and we both followed our faith for a while. We soon stopped attending synagogue, however, neither of the local ones being to our liking. We still celebrated the major holidays, but nothing more.

I was working as a freelance writer for the local daily paper, and the religion editor had taken a liking to me, so I was writing for him. One day, he called and asked if I would cover a Christian women’s conference the following Saturday. I agreed skeptically, assuming it would be a bunch of fake, mushy women screaming "Hallelujah" and praising God for their wonderful lives.

Was I ever wrong.

The moment I walked into the arena, I felt a camaraderie among the women there, and a peace I simply couldn’t explain. The speakers, who I normally would have dismissed as hokey, resonated with me, and I felt myself filled with the same camaraderie and peace as those around me. I didn’t want to leave.

Unfortunately, I had no choice - I had a deadline to meet! And, as I left the building to walk the three blocks to the newspaper office, I felt that peace leave me just as suddenly as it arrived.

A myriad of questions ran through my mind.

What did those women have that I didn’t?

Could I find that kind of peace in Judaism if I was more devout, or was this a Christian phenomenon? 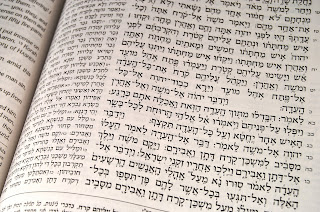 I decided I needed to start this quest of mine with my own faith. I found my copy of the Hebrew Bible and read the entire Old Testament from beginning to end in two weeks. I also typed out about 20 pages of notes.

Those two weeks brought several things to light, including my lack of obedience to God’s laws, and the emphasis throughout the Old Testament on vengeance and justice.

I knew what I had to do next. I began reading the New Testament. And there, it seemed, were answers to all my questions, comfort from all my fears. I finished the NT in another week, and added another dozen pages of notes to my collection.

Yet, I had some serious misgivings. I saw Jesus as a wonderful man, someone to emulate, but as God? As Messiah? My Jewish background and teachings were digging at me - "God is One," "Christ was a Jew-hater," and other mantras reverberated in my mind. I MIGHT be able to accept Jesus as Lord, but Savior?

Still, I started attending a bible-believing church, and began reading the bible through again. I got many new revelations on the Old Testament the second time through, but none as monumental as the one I received about 5 months after the women’s conference, from Isaiah.


There it was, in black and while - in the Hebrew Scriptures: Christ’s death on the cross as payment for my sins. At this point, I had no choice. I embraced the cross, and have never turned back.
**

Sooo, there it is! JEWISH JOANNE finds JESUS! Be sure to stop by Patty's blog for more J posts. And join us!

Email ThisBlogThis!Share to TwitterShare to FacebookShare to Pinterest
Labels: about me, meme