Yes - I still exist :) Looking Back and Looking Forward

In case you are curious, I AM in fact aware that is has been A YEAR since I posted anything on this blog. It has been a busy time, and I just haven't focused (at all) on this aspect of my writing or platform. But, being the goal-focused person I am, I couldn't resist sharing how 2016 went goals-wise, not to mention my plans for 2017.


2016 Life/General Goals
Writing Goals
And my review? I definitely improved my "healthiness." Water and fruit and veggie consumption were definitely up (most weeks, anyway), and sweets are a bit less of a temptation. I organized and sorted a good majority of my house (though not all) and DID have a garage sale. The house doesn't look like I did a thing, but I did - and that's what matters. Right? ;)

As far as writing, I did picture book work at least an hour a week more weeks than not. By my calculations, I spent approximately 48 hours this year writing, researching, or editing picture book manuscripts. I also read and took notes on 373 picture books that met my criteria, and participated in each of the challenges listed (other than PiBoIdMo, which changed its name to StoryStorm and was rescheduled for this January), as well as National Picture Book Writing Week. As far as the last two, I only did Rate Your Story once, since they changed their system and don't have many free days anymore, and while I AM closer to being ready to submit, I don't think I am QUITE there yet.

And there you have it. 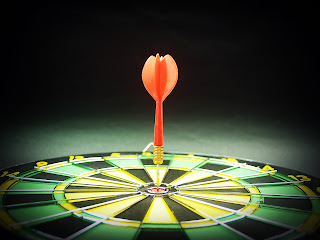 2017 Goals
General
Writing
See that last one? Yup - planning to be here more often. Don't know what it will look like (and don't hold your breath), but the plan is to do SOMETHING around here on some sort of regular basis.

My heart is stirred by a noble theme as I recite my verses for the king; my tongue is the pen of a skillful writer. Psalm 45:1
Posted by Joanne Sher at December 31, 2016

Email ThisBlogThis!Share to TwitterShare to FacebookShare to Pinterest
Labels: about me, goals/progress, picture books