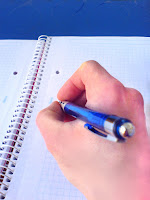 From The Art of War for Writers by James Scott Bell:
From Six Stages of Change - The Character Arc (a Savvy Authors course taught by Mary O'Gara):
From Avoiding the Mistakes that Scream Novice (an ACFW course taught by Kathy Ide):
This isn't, of course, everything I learned -but it's a bit of a snapshot. Feel free to ask questions in the comments if you'd like, and I'll answer there as well.

Watch for my post next month, where I'll share what I learn in February - including from Margie Lawson's class "Empowering Characters' Emotions."


What "learning" of mine was most interesting to you? Feel free to share anything you've learned about the craft lately.