Welcome to my contribution to Fiction Friday, hosted by Lynn Squire at Faith, Fiction, Fun and Fanciful. Make sure that you head over to her blog and link up with your own fiction. Or, if you just want to read some great fiction (ALWAYS great in my opinion!), head over to Lynn's blog and check out the links there.

This is, I believe, one of my first Biblical fiction entries for the Writing Challenge. A few verses from the Psalms just grabbed me, and I had no choice but to flesh them out and share the story. Wrote this one over two and a half years ago - and it was also printed in a Mennonite Sunday School paper.

"What are we doing here? Why have we been abandoned like this?" 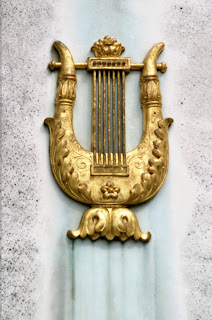 It had taken all of Ollam's willpower to keep his composure during the performance. When the official started harassing him, however, he could handle it no longer. Turning his head, he'd cried like a baby. The official had laughed and dismissed him.


Throwing down his harp, he buried his head in his hands and wept.


Thanks for reading! Be sure to stop by Lynn's blog for more great fiction.