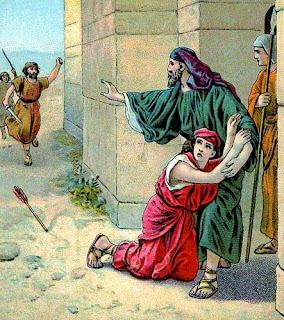 When the Israelites prepared to enter the Promised Land, certain cities were set up as safe havens - places a person could go if they killed someone accidentally and be safe. These six towns, scattered throughout the land of Israel, were called cities of refuge.(Numbers 35:6-29) A person who killed someone by accident could stay there and be protected from the avenger of blood. They were required to stay in that city of refuge until the High Priest died - otherwise, the angry relative had free reign to seek vengeance.

This chapter has the first appearance of the word refuge in God's Word, but it isn't the last. Those cities of refuge are mentioned at least a couple dozen times in His Word. And I'm sure their protection saved many from unwarranted destruction. These cities, ordered by the Lord, mentioned by Moses, and named by Joshua, were a crucial part of the judicial structure of ancient Israel.

But the vast majority of the almost 100 instances of the word refuge in the Old Testament refer not to a city, but to the Lord. While a city of refuge is a fine thing to have, there is no safer place to be, no better location for protection, than in God Himself. 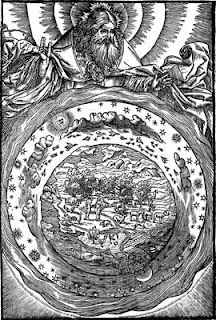 And, my friend, neither do you. There is no safer place, no better refuge, than in the arms of the Lord; no protection or shelter more sure than the center of His will. He is all you need.


The Lord is my rock, my fortress and my deliverer; my God is my rock, in whom I take refuge, my shield and the horn of my salvation, my stronghold. Psalm 18:2

Thank You, Lord, that You are my refuge - that I can find my shelter in You. Thank you for ninety-eight mentions of this wonderful word in the Bible, and for the reassurance they give when it seems like everything is falling in on us. Help me to lean on You - to seek Your shelter and protection, because I know You will give it. In Your Son's precious name I pray. Amen