But Rehoboam rejected the advice the elders gave him and consulted the young men who had grown up with him and were serving him. 1 Kings 12:8

I don't consider myself an expert in much of anything, so it often gives my ego a boost when someone asks for my advice on something. Writing, perhaps. Bringing a Jew to Christ. Supporting a disabled husband. Keeping a messy house (hey - you never know!! ::wink::: ).

But it's much more often that I am the one seeking advice - on everything from my writing career to supporting my husband, from where to buy the best shoes to where to send my son to high school in a couple years. And sometimes, when I ask for that advice, I'm truly seeking it.


But not always. Sometimes all I'm looking for is a confirmation from someone else of the decision I've already made. And if I don't get it, well, I ask someone else.

I sure hope I'm not the only one out there who does this. At least, I'm pretty sure I have one kindred spirit in this regard - though he hasn't lived for several thousand years. 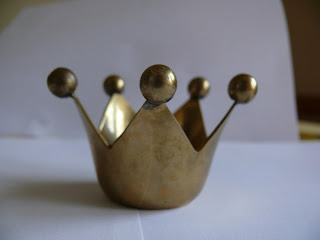 Rehoboam, the son of Solomon, was the newly appointed king of all Israel. Jeroboam, a former officer of his father's and later rebel against the man, went to Rehoboam and asked the king to lighten the burden Solomon had placed upon the people.


“Your father put a heavy yoke on us, but now lighten the harsh labor and the heavy yoke he put on us, and we will serve you.”
Rehoboam answered, “Go away for three days and then come back to me.” So the people went away. 1 Kings 12:4-5

So Rehoboam went to his father's former advisors and asked for their opinion. They advised him to lighten the people's load - to become like a servant to them. For then, they said, the people would always serve him.

But Rehoboam didn't like the advice of these men - men who had served his father well the years of his reign. So, like I'm apt to do, he went looking for advice more to his liking. And he found it - in his peers.


The young men who had grown up with him replied, “These people have said to you, ‘Your father put a heavy yoke on us, but make our yoke lighter.’ Now tell them, ‘My little finger is thicker than my father’s waist. My father laid on you a heavy yoke; I will make it even heavier. My father scourged you with whips; I will scourge you with scorpions.’” 1 Kings 12:10-11

THIS advice he liked - and followed. And it led to the divided kingdom and much strife. What if he had listened to the elders' advice with an open mind? What if he had heeded the voice of the advisors to the wisest man who ever lived - his own father?

And what if I truly listened when I sought counsel, instead of waiting to hear the suggestion that confirmed what I'd already decided?

Heavenly Father, help me to not be wise in my own eyes. I want to follow Your wisdom, not my own. I pray that You would give me a discerning heart and mind to make the decisions YOU wish me to make. In Jesus name I pray. Amen.