It's amazing what gets me frustrated. My daughter, five, was supposed to have started tennis last week. As we drove to the lesson at a local elementary school, she and her brother (eight) were "playing at the top of their lungs" and I felt like I was about to blow a gasket (at least it wasn't the car I was concerned about!). With God's help, I made it to school on time and we were each still in one piece.

There were quite a few kids playing on the playground. I saw a man in his early 20's or so, and asked him if he was the tennis coach. Nope, and he pointed me to another part of the playground. So my son went to play with the kids and my daughter and I approached the area we'd been directed to.

But nobody was there, besides another woman and her son, also apparently wondering where the coach was. About five minutes later, a couple more showed up-but still, no coach.

I was getting annoyed. Who's late to the first class? What kind of coach was this? I'M here (and it wasn't a joy getting here either). What's wrong with this guy?

As I simmered, the phone number for the office came to my head, so I pulled out my cell phone. They'd look into it, they said.

That didn't improve my mood.

Anyhow, a few minutes later, the director of the program drove up and apologized. It seems the coach had taken sick and forgotten to call in. So tennis was postponed a week.

I was still a bit peeved, but there was nothing I could do. I figured the kids could play for a while, and I could get some R and R (Rest and wRiting) time. Keep them out of my hair for a bit.

Then suddenly I heard the kid I'd talked to earlier calling for the YMCA kids. Before we realized it, 99% of the kids on that playground were lined up. A moment after that, they were gone, leaving only my own kids and a couple others.

I glanced toward the kids and sighed with relief that they were still playing. A little more time.

I was engrossed in my project when my daughter approached.

"Where did all the kids go?"

"They are in day care during the day and they had to go back." I see confusion on her face. "Do you know what day care is?"

She shook her head.

"Sometimes, when mommies and daddies have to work during the day, their kids go to a day care, where people watch them: kinda like school, but all day. They don't get to see their parents until nighttime."

"They don't get to see their mommies and daddies all day?" Her eyes were wide. "They have to go to day care all day?"

I smiled. "Yup. They don't get to spend the day with their mommies and daddies, like you and Andrew do." 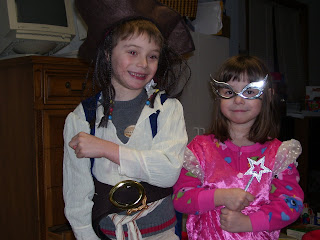 Heavenly Father, thank You for reminding me of what a blessing it is to be able to be home with my kids. Help me to remember, when they are frustrating me, of what an incredible gift from You they are, and of other parents who would love to be able to spend each day with their children but cannot. Help me to be slow to anger, especially with the two wonderful blessings You have given me. In Your Son's precious name I pray. Amen